The 10 selected performing arts companies for the Wilderness residency programme 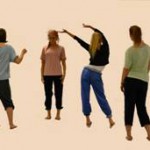 Foreign Mountain  (IS, FI, DK, LT)
By living among local women and interviewing them we will gather our raw material; stories, impressions, ideologies. We will process the impressions gathered in our research of women and create both a Magazine and a Live Act. Here, our findings will take form and be interpreted as articles, poems, movements, songs and drawings. This is a game of ping-pong. Our own situation takes on a different shade once our interaction with the local women begins, and our conclusions will both reflect and inform our own ideas about womanhood. 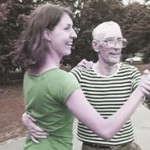 Anatomy of Dance (LV)
Uniqueness, integrity and honesty are our keywords. We want to get in contact with local people, to search for stories which inspire us. We will try to find out what dance is for the locals, what meaning dance has in their lives and in society? What are their personal relationships or feelings about dance?  During both residencies we are going to create a choreographic material and document all the experience on video. In the end of our research we will make a piece where video and live process become one united work. 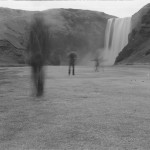 The Mob (SV, DK)
Within the Wilderness recidency programme The Mob will start developing a work called “Moon, Sugar and Fur”. In “Moon, Sugar and Fur” they want to explore the serene world of the solo figures, creatures and monsters who have chosen to live outside of the urban norm, those who belong to a remote world. The Mob will work towards a cold and poetic landscape, where traces of surrealism, morbid humor and the obscure are present. A world for three dancers, one drummer and a trumpet player.

Margrét Sara Guðjónsdóttir / Panic productions (IS)
The performance “with/who” will be an invitation to a shared experience of the fragile self, a self that is gazing at its own gaze, staring at its own stare, perceiving its own perception, unsettled by its own borderlessness in the blue light of empathy. The performance focuses on scrutinizing our perception and its mental impressions. How to apprehend the process of becoming aware of something through our senses? How does this impression of the perceived, influence our insight into our world and our ability to perform and perceive? 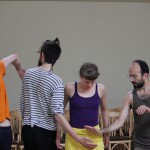 Janina Rajakangas @ co (FI)
We will research and create a piece called A Piece about Home Work Children and Love. Home is a place of residence or refuge, a mental and emotional state of comfort. Work is the labour we do to get by. Children are juvenile humans emitting honesty and pure feelings, vulnerability and innocence. Love is an emotion that is forever intriguing and famishing, absurd and powerful. Everyone has a relation to home, work, children and love and how one feels in relation to them tells about them, their culture and the circumstances surrounding them. 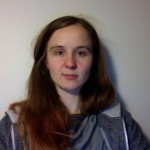 Ingri Midgard Fiksdal (NO)
The project’s starting point is the choreographic manuscript “Vi forlot den stille skogen” written by Norwegian poet and choreographer Janne-Camilla Lyster. To work with this text as grounds for a choreographic work has raised several questions in regards to production of meaning in text versus dance and choreography, and within this, problems of interpretation. Emerging from these questions is an idea of zombies, living dead, cognition-less bodies moving purely on instincts, which is currently being researched in the work. PREMIERE of the created performance “Hoods”. Feb 26, 2014 at Black Box Teater, Oslo. Read more 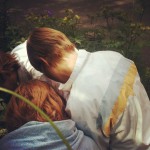 Herrala, Muilu, Mustonen, Tiitta (FI)
Our aim is to find, collect and organize different kinds of perspectives of the topic “nature”. We ask: how we are in nature, how we can connect and communicate with the nature, how we are the nature ourselves. We are interested in creating a variety of exercises and practices where we can work with themes of life, death, ritual, intimacy and community. How could experience in the nature influence our whole rethinking of a theatre set up and a performance situation? How would a theatre space change if we think of it and all its elements as a wild nature?

Translation in Progress (NO)
Our artistic experience has led us to reflect on the idea of «us» and «the other» as if they are two separate entities to be objectively studied. The «us» and the «other» can be seen from the perspective of the artists or the locals. What happens in the process of translation when meeting with something new. How we decode information, compare and contrast in order to make sense of the new experience. In this case; the meeting between the residency places and us. What happens in the gap between “the us and the other” . 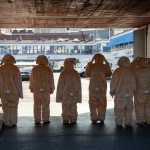 hello!earth (DK)
We will work towards creating a site-specific work, a participatory choreography in the landscape and around the residency place. Building on our phenomenological and experienced based approach for create site specific walks and travels, we intend to invite into a lively sequence of situations, that open a sensory space for a gentle exploration and re-mix of deeper and unrevealed layers in relation to those questions. A gentle demolition of our thought systems.